Sometimes, if you want to develop a big idea, you need to look at things differently. With that in mind, a Brampton resident built an incredible miniature view of Downtown Brampton to get everyone thinking about the future possibilities for the area.

Spending over four hundred hours fashioning cardboard, glue, metal and other materials, Matthew Humphreys built a masterpiece replica of the area north of the Four Corners, capturing every detail with exquisite accuracy.

Inspired by the recent news that the City of Brampton is looking to sell the Heritage Theatre block for redevelopment, Humphreys applied his skills to create a conversation piece that he hopes can be displayed to residents and get them talking.

Humphreys, currently a student of civil engineering at the University of Waterloo, sees his role in society as pivotal. “I chose this field because I want to shape my community for the better,” he says. “Every bridge you construct, every roadway you finish, every apartment complex you build, you are impacting scores of lives hopefully for the better.”

That mindset transfers over to what he is trying to achieve with this initiative. “I want to shape my community for the better,” he says, “to build a better Brampton.” 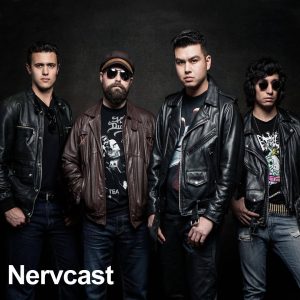 It’s not just about bricks and mortar for Humphreys. As a musician, he plays the drums in a local rock band called Nervcast, and he sees the downtown area as the city’s cultural and arts hub.

“There aren’t a lot of places to play in Brampton,” he says, noting that bands play in Garden Square under the Big Screen during the summer time and there are numerous music events happening in Gage Park, but he says that leaves out the colder months.

“What about the other months of the year?” he asks. “It would be great if we had a venue that would facilitate that all year round. That would be fantastic.”

While the Rose Theatre is also located downtown, Humphreys says it doesn’t offer many opportunities for emerging talent. “You have to be a bigger act to perform there, but how do you become a big act if you don’t have the chance to get your foot in the door?”

That’s why Humphreys got to work to do what he could to spark some new ideas. His model is built to 1:87 scale and features the existing Heritage Theatre block as its centerpiece.

The building has sat empty for years, unused and reportedly falling into disrepair.

“The Heritgage Theatre was quite the landmark in its time; there’s a lot of history there,” says Humphreys. “It’s sad to see it sit there just lifeless, doing nothing, when it should be utilized.” Referencing the City’s plans to revitalize the area and the newly announced arrival of Ryerson University, Humphreys believes that the Heritage Theatre can also play an important role.

“I think step one is to start using the buildings we have,” he says. “The location is perfect; right downtown, next to all the transit, access to Zum buses and the GO Station.”

Humphreys began his work by creating accurate surveys and measurements of the entire area from Nelson and Main Streets down to Queen Street. He sampled the textures and colours of the buildings to capture every detail. Then, at home, he used various materials and tricks of the trade that he has learned to create and assemble the model.

The result is a diorama that looks very real, just like the real place. Humphreys admits that modern tools like Google Maps allow anyone to see Downtown Brampton in a virtual way, but the physical model offers a different level of experience.

“It’s tactile. You can actually go up to it, you can touch it and you can feel it. You can immerse yourself in the environment,” he says. “A diorama really inspires you and gets the creative juices flowing.”

Humphreys had hoped to offer the model to the City of Brampton so that it could be photographed for our readers and displayed to the public at City Hall but, sadly, after numerous requests to them, he did not obtain a response.

Fortunately, Humphreys found support from Darrin Martens, the Senior Curator at PAMA, Peel’s Art Gallery, Museum and Archives, who provided space in their art gallery for a few hours to have the model photographed by Stand UP for Brampton (see photos below).

Impressed with the quality of the model, Martens was pleased to give Humphreys access to the space at PAMA. “We provide opportunities for community members and individuals that are reflecting on Brampton’s history and its future,” says Martens. “Understanding how much work Matthew put into his project, we were happy to help him take it to the next level and help him and others fulfill and reach their dreams.”

Remarking on the value of the miniature model of Downtown Brampton, Martens believes that a younger perspective is key to unlocking the potential in the area. “If one learns from history, we can build a better future.”

Support Matthew Humphrey’s petition to see the Heritage Theatre become something new and exciting. Click the image below and sign up. 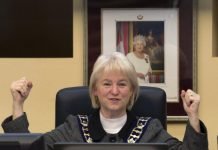