The City of Brampton hired award-winning urban planner Larry Beasley to develop a new, future-ready vision of out city, and after a year of consultation with residents and stakeholders, Beasley’s “Brampton 2040 Vision” document will be presented to Members of Council in a special meeting on Monday.

Called “Living the Mosaic“, Beasley sees Brampton’s future as one where the city offers a mosaic of places and spaces where residents from all backgrounds can live, work, celebrate, learn and be connected. 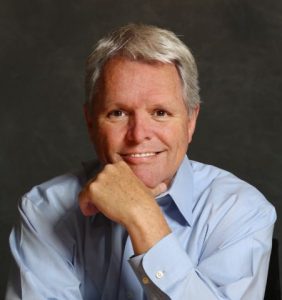 Larry Beasley, worked to transform Vancouver, Abu Dhabi, Dallas and Moscow. In Vancouver, he helped usher in New Urbanism, where communities incorporate environment, walkable neighbourhoods, and an ideal ratio of housing to jobs. Beasley was awarded the Order of Canada in 2004 for having “played a leading role in transforming” Vancouver’s “downtown core into a vibrant, livable urban community”.

Harry Schlange, Brampton’s new Chief Administrative Officer, who the City hired in 2016 to take the top post at the city, brought in Beasley to consult with Bramptonians and prepare the vision document with a budgeted cost of up to $500,000. The process tapped input from residents, and over 11,000 people contributed specific comments and ideas.

The vision sees the creation and development of a new Brampton Core which enfolds the historic Downtown and a new, centrally-located Uptown.  Designed to compete with nearby regional centres, Uptown would become Brampton’s corporate hotspot and tourist destination. Uptown extends from the Hurontario and Steeles area where present-day Shopper’s World is located, to the 410 and 407 highways area, where the Powerade Centre presently stands.

Beasley sees large, available tracts of land as the first opportunity where development can happen almost immediately, and as the city progresses over time, parcels where development currently exists may become potentials for redevelopment. Existing greenspaces, trails and river valleys, cherished features of the city, complement the overall layout. Promoting cycling is seen to be an important component of this vision.

The vision call for the development of Five Town Centres, one in each sector of Brampton, so that mainstream companies and businesses that do not need the core profile and do not want the higher rents can nonetheless come to Brampton and enjoy complete urban offerings and lifestyle at their fingertips. This brings more jobs home to Brampton. These centres are lower-scaled and walkable.

A bold new vision for a Bramalea New Town updates and revitalizes the area with the addition of mid/high-rise residential buildings, more street retail offerings, and a new rapid transit station. New districts will offer a broad mix of features including a canal walk, farmer’s market, a redeveloped mall, office space, hotel, library and performing arts centre, in addition to recreational places including a gym, pool, ice rink and roof gardens.

The Downtown Brampton vision utilizes the just-announced Ryerson University as the game changer which sets the area on a path towards much-needed revitalization. The university brings a new purpose to the area, and with an eye towards preserving heritage and bringing in new development, downtown will become a place where Brampton can showcase its natural, cultural and built heritage.

Through innovative design, Beasley sees modern and historic elements coming together to build unique and high-value uses. With the presence of City Hall, the area can continue to build on its civic purpose, and with the right investments, can become a place with a special vibe, thanks to festivals, culture and arts.

With a hospital and university as anchors, growth and redevelopment in the downtown area is likely to accelerate. The vision requires the Riverwalk project to proceed, thus removing barriers to residential development. The Riverwalk project is currently being studied, and if completed, would prevent the Etobicoke Creek from causing floods in the downtown area during major rainfall events.

The vision for the Queen Street corridor takes shape as Queen’s Boulevard. With anchors located an each end (Downtown and Bramalea), Queen’s Boulevard is destined to permit a lifestyle where everything is immediately at hand.

Queen’s Boulevard will be a tight corridor of higher density and scale with mixed uses and continuous commerce at grade. Buildings will all adhere closely to the street with a continuous streetwall and activities spilling out on ample sidewalks – cafes, shopping, and amenities – with several lines of large trees and special lighting. The area would be highly walkable.

Behind the front row of buildings, a second row of development, on the parallel streets, scaled to step down buildings from the central spine, could ultimately reinforce the corridor.

To spur developer and consumer interest and action along the Queen’s Boulevard, Beasley is urging the City of Brampton to build out key components of the public realm design scheme to confirm the new image of the boulevard, and then, work to pull in new builders, tenants and uses that contribute to the vision for the area.

There is much more contained in the vision document, including suggested transit alignments, an initiative to implement 100% free transit by 2040 to promote car-free travel, a recognition that our proximity to the airport and position in the GTHA continues to make Brampton an important logistics hub, a call to action to build affordable housing, strategies to encourage healthy lifestyles, promote sports, and arts and culture, and a strong emphasis on integrating job creation strategies into every opportunity as the plans to make this vision happen unfold.

Now, what remains is for the City to endorse this vision, if it so chooses, and begin to put in place the framework and strategies to ensure that it is successfully executed. Will Brampton move ahead? Will we see this vision approved and steps taken, over many years to see this vision become a reality?

With a firm resolve and the support of the people of Brampton, that answer can be affirmative, and the we may find ourselves on a path towards 2040, confident in knowing where we are headed, and what the end result can look like.

You can read the entire vision document by clicking here, and be sure to watch Larry Beasley’s presentation to Members of Council on Monday evening at 7 PM on the City of Brampton website.