THIS STORY HAS BEEN UPDATED FROM A PREVIOUS VERSION.

At Brampton City Council, members considered a plan put forward by the Association of Municipalities of Ontario to ask the provincial government to increase the HST by 1 per cent, up to 14 per cent, to help pay for infrastructure projects in this city and other municipalities across the province.

Called “Local Share”, the sales tax increase would help close the $4.9 billion infrastructure gap that is facing Ontario cities and towns over the next ten years. A majority of municipalities have endorsed the plan which will be put forward to the Province.

In an earlier version of this story, we reported that Brampton City Council had fully supported the plan, based on a proposed motion; However, in fact, a revised motion was presented and it was unanimously approved. In the revised motion, Council requests that the leaders of the three Provincial political parties provide their position on the Local Share initiative as proposed by AMO and/or propose alternatives for addressing the problem of financing infrastructure.

The revised motion also stated that Council supports AMO in its efforts to secure this new source of revenue to help fund critical municipal services like roads, bridges, transit, clean water and other services.

The Association of Municipalities of Ontario (AMO) is an organization of municipalities that works to support and enhance strong and effective municipal government in Ontario. It promotes the value of the municipal level of government as a vital and essential component of Ontario and Canada’s political system. 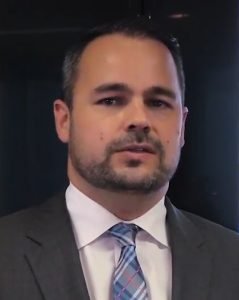 In a presentation made to Brampton City Council today, Matthew Wilson, a senior advisor for AMO, explained that the decision to support the increase to the HST was determined to be the best option since it spreads the cost of paying for infrastructure in cities across the broadest possible tax base, while reducing upward pressure on property tax bills.

“It is a more predictable way of financing infrastructure at the local level.” Said Wilson. “The benefit is that it distributes the load over a much broader base, and its overall impact is diminished.” Wilson pointed out that visitors to Ontario would also be paying to support local investments.

The plan is made against a backdrop of a province that is currently the most indebted non-sovereign government in the world, with a debt of $341 billion. Property taxes in Ontario are among the highest in the country, and AMO believes that a 1 per cent increase offers the most reliable and sustainable funding source to pay for infrastructure investments. Without this solution, there is a low likelihood of obtaining financial assistance from the Province, especially as elections take place every four years, and priorities for governments often change.

The dollars would be collected provincially and redistributed to all municipalities based on an allocation formula. In the first year of implementation, the expected revenue would be approximately $2.5 billion, to be distributed to 444 municipalities across Ontario, with Brampton’s share being approximately $31 million, based on the proposed formula.

For a video presentation explaining the merits of the “Local Share” funding proposal presented by Matthew Wilson, Senior Advisor, Association of Municipalities of Ontario, click here.