According to the Financial Services Commission of Ontario, a regulator appointed by the Province to regulate the auto insurance sector, insurance rates in the province have surged by 1% in the last quarter of 2017.

Seventeen insurers representing approximately 40% of the market based on premium volume had rates that increased on average by 1.03% when applied across the total market.

In Brampton, residents have long complained about paying the highest rates in Ontario. A recent study released by Kanetix.ca confirmed Brampton is tops in the province with the highest insurance rates at $2,268. Caledon has one of the lowest rates in the GTA at $1,164, even though they experience higher collision rates.

This situation continues to affect Brampton residents despite promises by Provincial legislators to lower rates.

The Financial Services Commission of Ontario suggests that consumers should shop around for auto insurance, reminding everyone that Ontario has a competitive marketplace. Rates for the same coverage vary based on each insurer’s claims experience and the insurer’s rating system.

Did you like this article? Stay updated on Brampton news and issues by following our Facebook page. Thank you. 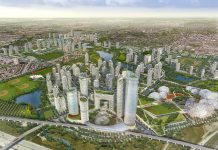