Can We Make Brampton Safe for Everyone? 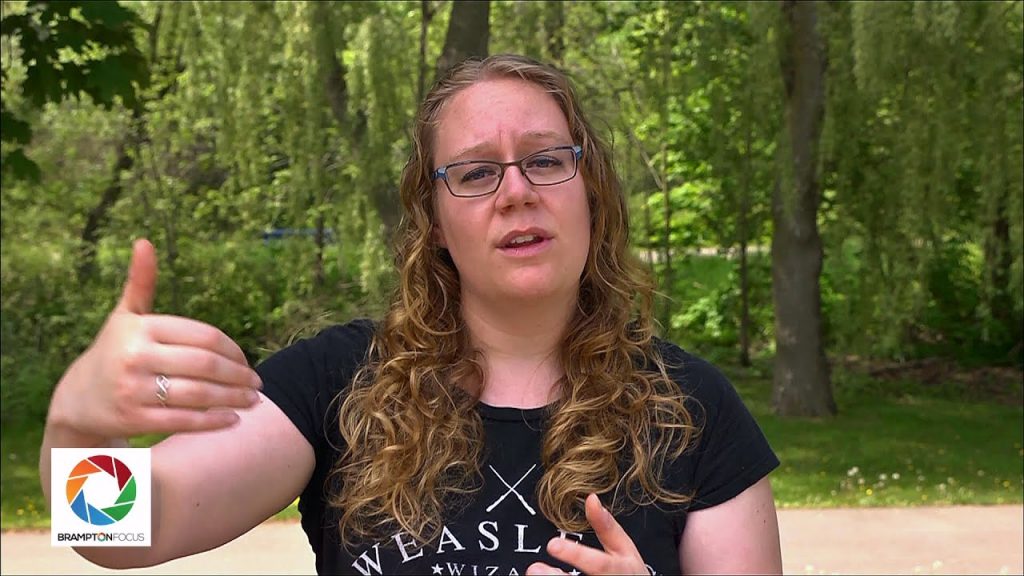 On Sunday April 24th, 2016, I was chased through a park near my home by two men telling me they wanted to rape me, armed with a duffel bag and jogging to try and catch up to me. Stopped by the presence of an elderly man on the pathways, they got away and were not able to make good on their promise but they were mere seconds from doing so. I was wearing a spring jacket, long pants and the only parts of my body exposed were my hands, my chin and my head; It’s not a question of whether I was asking for it, though to those who are wondering, I’m also a lesbian who had no interest in those men sitting on the bench, though they had both an interest and a clear plan for what they wanted to do with me.

This attack could have been directed at any one of the women close to you and that’s why I’m writing this; That fact is something that scared me because only moments before those men chased me, there was a young girl riding her bike along the pathway. It could have been her and it may eventually be others, which is why I’m speaking out.

The tendency may be to hear stories like this and say, “It happens everywhere,” or “That’s Brampton for you,” is common. These events though, can only survive with a combination of our fear of it happening to us too and the powerlessness to feel as though we can do anything to change it. It reflects a very real feeling of powerlessness to impact the violence that’s taken over our streets and settled in to call our city home. These are issues politicians are vocal about during election season but now that they’re in office- what are they doing with those good, voter-friendly intentions?

Yet, we have been conditioned to believe that these things are within reason.

What I understand from what happened is that Brampton has an issue at the level of City Council, Regional Council and Peel Regional Police with valuing women. It’s not just about my situation but about the processes by which we protect would-be rapists and devalue victims who dare to come forward. Why are we making victims pay to obtain reports, to find out about their attackers? Haven’t they paid enough through their experience? Why are women who are attacked not given the number for Victim Services Peel? Why are we only taking crime seriously when it happens, rather than the prevention of it and the production of programs that actually assist women who are victims of violent crimes?

Preventing crime is about more than carrying weapons or putting more officers in the streets, but creating a system that informs our citizens about dangers aside from general, “do not walk alone” advice given at school assemblies. We need community meetings with officers who give residents ways to handle crime if it increases in their area. Moreover, if we have budgets for flowers, surely we have budgets enough to photocopy several thousand flyers with directions to a community centre where such a safety meeting is taking place. We can have officers actually patrolling the pathways rather than sitting in their cars in parking lots where there have been violent crimes before. More importantly, how are your local politicians addressing this issue?

Behaviours which stem from the belief that women are less important or less valuable only escalate without intervention and rather than address the crime after it happens, we need to address it well before. How are we doing that?

We need to stop asking what the police are doing with their policies and procedures and instead ask what we are doing because our tax dollars and residence in Brampton make our Mayor, City Councillors, Regional Councillors and Peel Regional Police our employees. Our feedback matters, we are empowered and we cannot forget this.

Questions I encourage all of you as readers to demand our leaders answer are:

Who is taking action against this type of violence in our city? How are we addressing the long term solution to the violence against women more prevalent in Brampton now? What specific programs are in place? Which parts of the City and Regional budgets are laid out towards this? How can we keep our Councillors accountable? Where can we track their progress? How are other organizations like the Brampton Board of Trade and the Brampton Real Estate Board using their power to impact change, more than just participating in awareness walks and fundraisers? Ask your local businesses- how are you personally contributing to a safer city?

I don’t think it’s an unreasonable thing to ask that the powers-that-be in Brampton, provide this growing city with a solution to stop crime before it starts, more extensive than Crime Stoppers. I think it’s a reasonable thing to have officers walking pathways where in the past three years, more and more sexual assaults are taking place- this is our city too and we shouldn’t be asked to live in fear because there are gaps in the ways others are addressing crime in our city.

Some may try to discredit my experience by saying that if it was so bad, how am I able to speak up now, and it couldn’t have truly been that awful. What that speaks to though, is the way that we continue to devalue women’s lived experiences and that a woman only matters and has value when she is acceptably broken. If a woman dares to be strong through her fears and anxiety, her truth is shut down completely. I’ve been having panic attacks since it happened and when I leave my house, fear grips at every part of me. I cry often and wonder what kind of world I live in that I could be attacked in broad daylight- I will not however, let this stop me from protecting other residents of the city I call home. I’m speaking out so that this experience does not define me and with the hope that it stops this from happening to another young woman. I’m speaking out so that the next person this happens to isn’t your family.

We all have the power to do something and knowing that is all the power we need to make a world of difference. Here is to the Brampton that could be and to our collective ability to create that future.