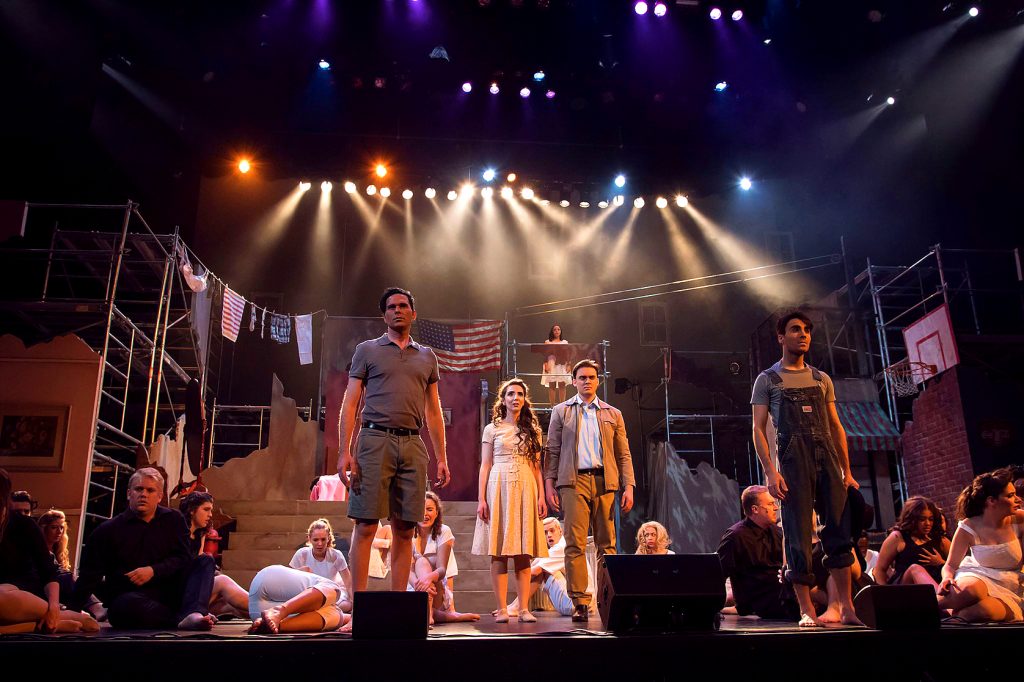 West Side Story, a recent production by Brampton Music Theatre.

At a Brampton Committee of Council meeting this week, several arts groups presented delegations to ask the City to give support to the arts community.

Sharon Vandrish, the President of Brampton Music Theatre (BMT), appeared before the committee on Wednesday, asking the City to reconsider its plan to sell a building that is currently being used by several arts groups. The building, located on Orenda Road, has been identified by staff as surplus to the City’s needs, and the theatre group has been asked to vacate the building before June. 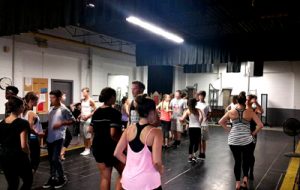 The theatre company leases a portion of the building at a subsidized rate, and uses the space to conduct its rehearsal operations five nights a week, as well as to build the set pieces that it needs to put on its increasingly popular stage performances.

“We are here to ask the City to partner, promote and facilitate one of the most successful, self-sufficient, non-profit arts groups in Brampton, which is in alignment with the proposed Cultural Master Plan.” Vandrish stated, referring to an expected master plan that the city’s planners are currently preparing for Council’s consideration.

Vandrish, a mainstay of the Brampton arts community, leads the theatre company which has been in operation since 1963. She says that the theatre company is financially successful, and is responsible for attracting 25 per cent of the total attendance currently seen at the Rose Theatre. 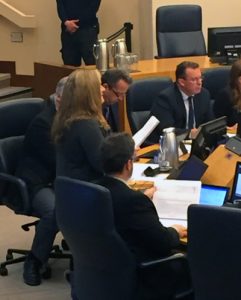 While BMT’s primary concern was for the continuation of the rehearsal space, it is also facing cutbacks to their scheduled two-week runs at the Rose Theatre. The City has cut their time allotment to one week, and this, Vandrish says, will cripple the company’s financial viability.

“Why are we playing with this successful formula? Brampton Music Theatre is a sure thing. We are guaranteed patronage, and new patrons come from all around because each cast has a different set of members.” According to numbers from the City, the Rose Theatre sees a total attendance in a year of 55,000, with BMT responsible for 14,000 patrons to the downtown venue.

The theatre company contributes over $100,000 to the City in rents paid to both the Rose Theatre, as well as to the Lester B. Pearson Theatre, where the company showcases its Youth Troupe performances, which give an opportunity for students to participate in theatre productions. The Lester B. Pearson Theatre is undergoing renovations this year, and without a plan to relocate to the Rose Theatre, the Youth Troupe performances are also facing an existential challenge.

On average, the Youth Troupe supports arts training to over one hundred kids, and in cutting back its support of BMT with potentially shorter theatre runs or higher venue fees, Vandrish believes that students will have less opportunities in the city.

In an extensive written package submitted for Council’s consideration, one parent, a city resident, writes in support of a favorable decision saying, “It saddens me to think, due to City cuts that impact the programs BMT provides, that any child (or adult) would not have the opportunities that my son has received by being involved with the award winning Brampton Music Theatre.”

In a second, spirited, delegation presented by Carmen Spada, the Artistic Director of B-Jazzed, a group responsible for the inaugural World of Jazz Festival which took place in downtown Brampton last fall, the musician called upon Council to work with arts groups equally and fairly, especially as it pertains to space requirements used by the various arts groups that are struggling to operate within the city. 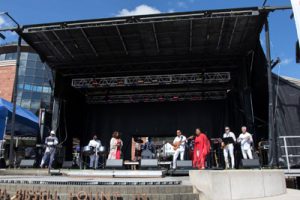 B-Jazzed was a recipient of a Community Grant provided by the City in 2017, and they are currently planning for a two-day festival in 2018, with a host of associated educational programs and events that complement the festival.

“We believe that since so much of what we are doing is directly benefiting the broader community, as well as contributing to the definition of a vibrant arts and culture scene here in Brampton, that these initiatives should be supported by the City, specifically through Council approved funding and use of space.”

Spada believes that there is a disparity of support for arts groups, with some receiving support directly from Council, while others are left competing in the Community Grant stream, which awards a portion of operating costs, puts restrictions on how awarded funds may be used, and does not include any allocation for use of space.

“There are numerous groups within this city who have enjoyed many years of either annual operating funds, rent-free space, subsidized rents, or all of the above, directly delivered from Council,” said Spada to a hushed room. “These are grandfathered deals, and I can assure you that there is a contingency of organizations that are desperate to become grandfathers.”

Community arts leaders in Brampton believe that the city needs to approach them with support and responsible solutions. “Within the arts community, the need for space is nearly equal to the need for funding,” Spada summarized, “Brampton clearly has numerous surplus buildings, as well as empty buildings located here in downtown that could be made readily available for arts organizations to convert into a gallery, performance halls, arts hubs, and incubators.”

Following the delegations, some members of Council wished to have an open discussion, but according to procedural rules, debate was not permitted at the committee without a report from staff.

The City is currently putting the finishing touches on a Cultural Master Plan, with upcoming consultation sessions with the community and stakeholders scheduled to take place over the next two months. It is expected that the Cultural Master Plan will provide solutions to many of the challenges faced by arts groups, with a release of the document and a decision made by Council to be made later this year.

Below, you can find the delegations made to Council by Sharon Vandrish and Carmen Spada.